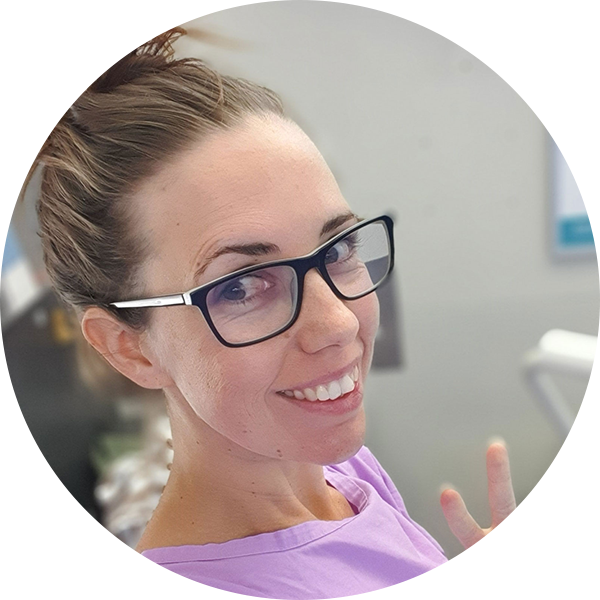 It’s been a challenging year for many, with the affects of COVID-19 taking hold. For Lisa, aged 29, this turbulent time has also been entwined with the fear of having recently been diagnosed with MS. Lisa stated experiencing symptoms in April earlier this year.

“I woke up one morning to pressure pain and loss of vision in my right eye. I didn't fuss over it as I thought it was something that would fix itself. I left it for a week, and during that time my symptoms became even more severe, so I went to my optometrist. As my eye looked healthy and he was unable to find any problem, he then referred me to the PA hospital eye clinic for further testing.”

Lisa underwent testing and was admitted to the hospital in the Neurology ward. Here she received a steroid treatment, to help reduce inflammation and recover her eyesight. She then had an MRI, multiple blood tests and a lumber puncture test.

“After these tests, the doctors then informed me they needed to test for MS. With all these tests, it took a few weeks before they could officially diagnose the disease. It was a waiting game before finding out...”

It took 6 weeks for Lisa’s eyesight to return, which was a real relief. During these 6 weeks, it was not easy for her to get on with everyday life. Lisa was unable to drive, which meant she was unable to take her kids to school or go to work. As she was having to adjust to life with having sight in just one eye, she also found the simplest of tasks such as walking around, watching tv, or using her phone a real struggle.

“It honestly hit me hard mentally and I felt rather depressed. I couldn’t control the situation and it really stopped me in my tracks.

I am so hands on and like routine. Not knowing when my eyesight would return was a real mental battle. It really forced me to stop and think about myself, and to take time to look after myself. If this life hurdle hadn’t happen to me, I suppose I wouldn’t have had a shift in my life perspective for the better.

When I was diagnosed with MS, I was in shock. My shock lead to denial - not because I was actually concerned about having the disease, but because I didn't have time to worry about myself. I am a wife, employee and mother to 5 children.

I knew I didn't have time to focus on me, and my own health. I was more concerned about the unknown of when and if my vision would return, and what life would look like if I permanently had vision loss in my right eye.

I knew of MS, but wasn't well educated on it as I didn't have a reason, until now. I guess the biggest thing was deciding how to manage the disease knowing you have it. I have chosen to treat this medically, but I am still learning, as I am only early into my diagnosis.

I guess my story has only just begun.”

This will be Lisa-Marie’s first year taking part in the MS Moonlight Walk, and she is looking forward to joining the sea of lanterns on Friday 26 March.

Lisa-Marie will be gathering her tribe of friends and family to join her, but most importantly she is eager to support the cause and spread awareness for all the other Queenslanders like her, who are living with MS. 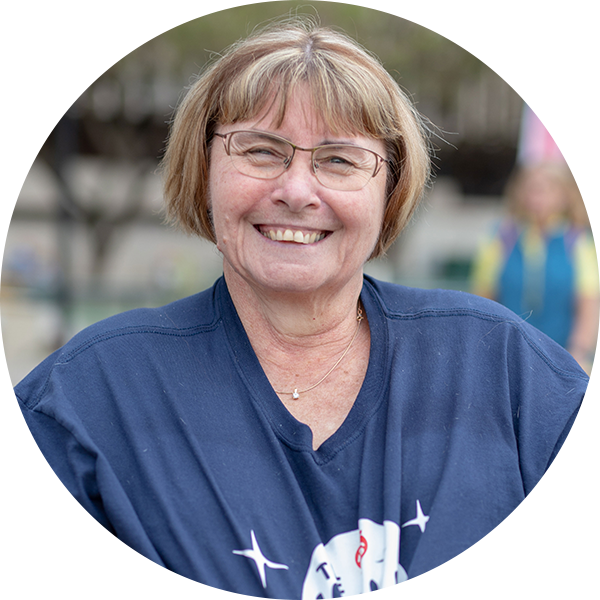 Being told you have an incurable disease at the age of 15 would not only be confusing, but also terrifying. Diagnosed in 1973, Jenny was in Year 10 when her symptoms could no longer be ignored. The regular muscle spasms, lack of balance and numbness made it hard to live the active life of a regular teenager, so her mother insisted she see her GP.

Jenny was immediately referred to a Neurologist but before she was able to see the specialist, experienced a severe episode which left her entire body completely paralysed and she went blind in both eyes; she was horrified. Jenny spent the next three months in hospital, going through numerous tests to determine the cause of her symptoms; you see, back in the 70’s – there was no such thing as an MRI.

Instead, Jenny endured three lumbar punctures before being diagnosed with MS. At the young age of 15, she was confused, scared and could not fathom what effect that would have on the rest of her life.

Then when Jenny was 19 years old, she met Charlie and they’ve been together ever since!

“Charlie married me knowing I had this disease and the challenges it would bring. He carries me when I can’t walk, he keeps me company whilst in hospital and stands by me in everything I do”.

Jenny, living with MS for 45 years with husband Charlie

Jenny has mobility issues, needing to use a walker whilst in the house and a motorised scooter outdoors; ever playful, she mentioned she often ‘leaves Charlie for dead!’ when putting the pedal to the metal on the scooter.

Watch this video and listen to Charlie and Jenny as they explain what life with MS is like for them. 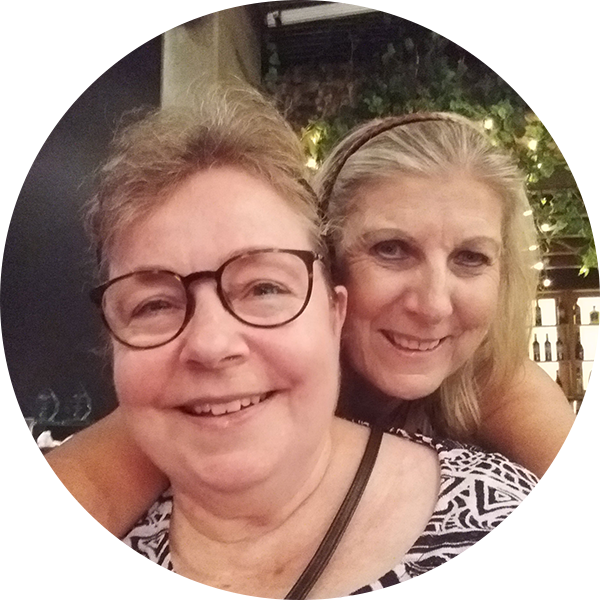 It is my favourite event of the year.

What could be better than an evening walk along the river’s edge shared with friends, known and as yet unmet?

The joy of a shared event gives me goose bumps and we often see people where the MS Moonlight Walk is their first public appearance acknowledging and sharing their MS journey with family, friends and colleagues.

It’s an extraordinary and inclusive event.

I first learned of the event from a good friend supporting in my recovery journey from injuries sustained in a serious car accident, the 10km Moonlight Walk became a benchmark challenge to be achieved.

Through subsequent years, rain and shine the annual MS Moonlight Walk has been a beacon in my MS journey.

Over successive years innovations have come and gone, and the event has grown in number and location.

After sharing a vision of lanterns bobbing along the river’s edge the iconic illuminated lanterns have become an integral part of the Moonlight Walk, bringing awareness of the story of MS to the community.

It is a wonderful evening event that is shared by all comers regardless of fitness. Costumes and camaraderie and we often observe those who the Moonlight Walk is their first public encounter with the cross-section of people living with MS.

My friend Barb has been walking and fundraising with me for the past decade, likewise great friends Michael and Sandy, with Barb’s and my competitiveness and camaraderie becoming legendary amongst our friends and MS Queensland staff. 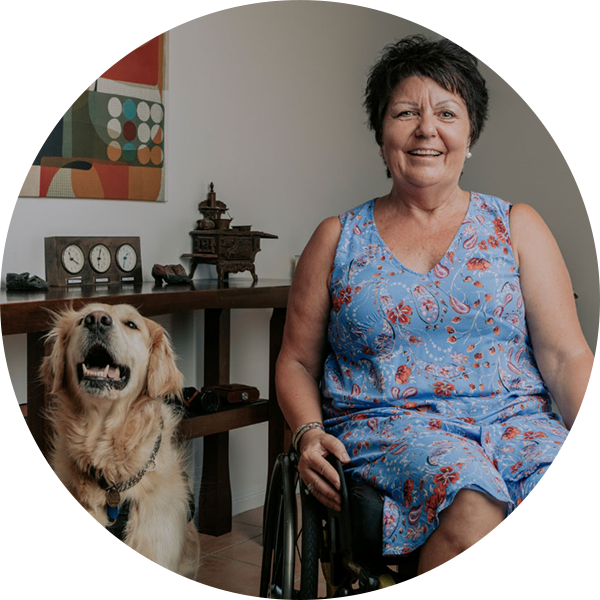 Gail was 41, managing a business and raising her two young children, when she was diagnosed with secondary progressive MS in 1996.

At the time of Gail’s diagnosis, she didn’t know anyone else living with this disease. Her MS progressed quickly, to the point where she required a wheelchair permanently by 2001.

“Not one of us knows. We could go to bed one day and wake up the next and have lost our vision, lost our mobility, or have an incurable disease.”

Gail’s symptoms, such as fatigue, can be so debilitating some days that she simply can’t get out of bed. And on the mornings that she pushes past that intense feeling in her limbs, as well as the mental struggle, she’s usually exhausted by the afternoon.

“The hardest thing of all is losing your independence. After my diagnosis, my daughter at the age of 12 had to be a mother and sister to my son. My son at the age of 10 had to cook dinner because I couldn’t get out of bed.”

Last year when we shared Gail’s story with our walkers, Gail was living with her son and his family on the Gold Coast.  Gail told us, “I would love to be independent, be able to maintain my home, work full time and dance again.”

We are excited to share with you that Gail now lives independently again and loves babysitting her grandchildren.  She is so grateful to have Coda, who has enabled her to do the things she loves. Coda can help open doors, take Gail’s shoes off and put laundry in the washing machine (he even separates whites from colours!).

Thanks to fabulous support from previous Moonlight Walk participants, MS Queensland has been there to support Gail in times of need.  She shudders to think where she would be without us.

“MS Queensland have been amazing help and support for me both mentally and physically. They’ve provided me with amazing physiotherapy support, and having access to a Service Coordinator has been a lifeline! I’ve met some lovely people and made lifelong friends.”

The MS Moonlight Walk exists solely to raise as much money as possible to support people like Gail.  There are many other people like Gail who rely on MS Queensland to be there at their darkest times, and to give them the strength they need to fight MS.

That is why the MS Moonlight Walk is so important. Not only to raise the vital funds needed to ensure no-one faces MS alone, but to rally the MS community and show others going through the same experience, they are not alone either.

How You Can Help